An Unbearable Fogginess of Being 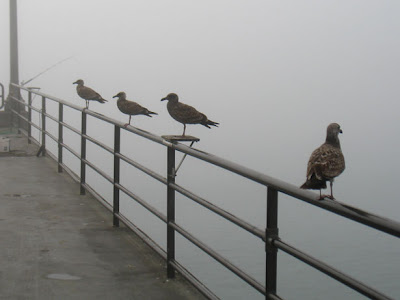 Between sick kids, hand problems, November in general, and possible writers block, I have written approximately a thousand words this month. I think I've been worrying too much about it, and the frustration has kind of become another block of it's own. So I need to change gears.

I've currently got the family in bed and I'm listening to X Rock 80 on the internet. It reminds me a lot of listening to the old XEROK-AM 150,000 watt station that blasted out of the Mexico at night back when I was a teenager in the seventies. I used to sit up in my room with my earphones on, listening to it at night. I liked to think that even though I was out in the country, I was listening to the same thing a lot of the other kids were so I was part of something. That and the music was good. They went by X Rock 80 back then too.

This websites music selection feels the same. I wonder if they're going for that, because I can close my eyes and almost be back in my old bedroom.

I've decided to lay off the diet Dr. Pepper for a few days and see if my hands improve. Actually, they're doing a little better right now so there might be something to it. On the other hand it might be total coincidence and I'm denying myself Dr. Pepper for nothing. The horror! Yes, this is the kind of thing that my mind can get stuck on. Stephen King ain't got nothing to worry about.