What is Scary? Part:1 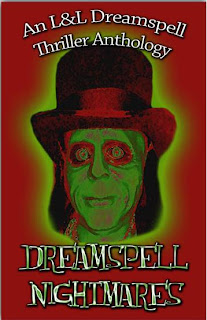 Compare the plight of two doomed souls; the soldier saying his prayers as he prepares to meet the last charge of an overwhelming enemy, as opposed to the struggles of a fly as the spider dances its way down the web towards her. Both are situations of a one sided conflict, yet each evokes a different emotion.

What separates the the horde from the spider? Or the soldier from the fly?

Both situations contain the element of fear. Yet while one fate contains the elements of nobility, melancholy, respect, and even affirmation...the other could only be considered a horror. Both are personal, but on entirely different levels. And that is the question I put to myself when writing my stories, is my protagonist in the role of a soldier or a fly? Is the force he in conflict with a horde or a spider? If either wander out of their chosen role, even if they don't know that is the role I've assigned them, then I have lost correct emotion for the story. The soldier is a victim, the fly is prey. Whether they survive the encounter or not, their roles still dictate the emotion.

Of course, it is never that simple. And there are a whole lot of other fascinating elements that invoke the emotion of fear. I am hardly an expert, so I will not pretend to speak as any kind of authority. Sometimes I will pose the question and explore it as a novice myself. Perhaps even a little more than "sometimes".

And many other questions too. Such as...

Are female ghosts scarier? And why?

Ah well, thats a good topic for my next post. I'll do a little research and look into that one.
Posted by D. Nathan Hilliard at 6:20 PM No comments:
Labels: fear dark stormy dreamspell horror
Newer Posts Home
Subscribe to: Posts (Atom)