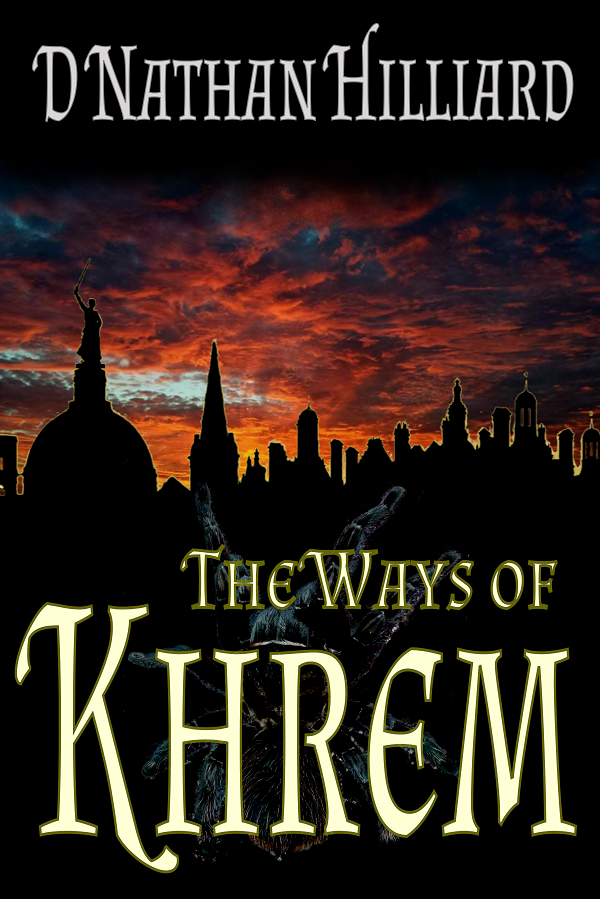 Despite my recent blog inactivity, things have been moving along (albiet slowly)

As evidenced above, the cover for my upcoming re-release of The Ways of Khrem has evolved. The sky is now more natural and striking, and the added element of the tarantula hiding behind the title is sort of symbolic of the way Talanturos lurks in the background of the story's events. Even though he is only an active character in the first part of the book, he's always in the background...lurking.

At the moment, I'm sort of jumping back and forth between two projects. The first is trying to get The Ways of Khrem reformatted and the cover art finished so it can be released early next year. And the other is trying to move forward on my current novel project, Nightwalk, in hopes of having a first draft ready to edit by the time the kid's get out for summer break. I'm about 43,000 words into it so far. 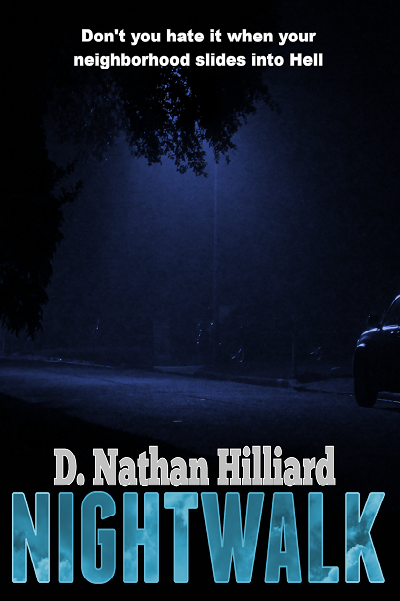 This is the story of a man trying to get his stepdaughter to safety as his upper middle-class neighborhood goes dark and transforms into a monster-infested nightmare around him. The cover art above is "candidate one" although there were actually other ideas tried. This is just the first one I could actually live with. I'm sure I will try other variations after the manuscript is actually finished. But since this is a horror novel, the cover is formatted more in line with my other horror novels as opposed to the fantasy novel above.

I've learned that the real trick to making cover art is not to get to eager and go with my first idea. Sometimes it's better to set it aside and let things evolve a little.  But always hang on to your unused artwork because you never know when it might provide an element you can use later.

Ah well,...as I said, things progress. Due to it being Christmas, there are plenty of other things that demand my attention but I am moving forward.

So here's hoping you all have a Merry Christmas/Happy Hanukkah out there! See you next year!
Posted by D. Nathan Hilliard at 4:15 PM No comments:
Newer Posts Older Posts Home
Subscribe to: Posts (Atom)