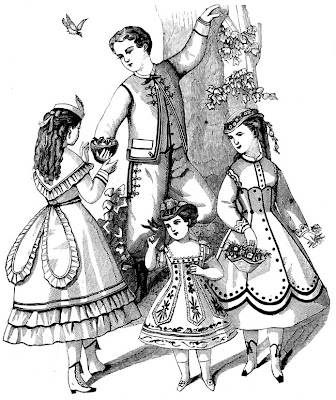 Karla has another day of continuing education, so I am home alone with the kids again. On top of that, there is a birthday party for one of Sheridan's friends scheduled for this afternoon, and then the Dallas Cowboys play for first place in their division tonight.

I think it's a safe bet that not a lot of writing is going to happen today. Me efforts will probably be more towards preserving my sanity.

I'm way behind in Nanowrimo, but hopefully I can make up at least some of the lost ground over the coming week. I have a lot to do though. After two days with the kids home all day, the house is starting to descend into chaos. So at least part of Monday is going to be devoted to reclaiming that. What happened to the weekend being the time to catch up? Now I'm having to catch up from the weekend?

There were a lot of things about this parenting gig that weren't explained to me.
Posted by D. Nathan Hilliard at 10:47 AM