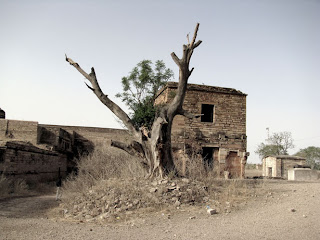 I went and watched the movie 2012 tonight, and while it wasn't the worst movie in the world, it turned out to be everything I feared it would be. A massive CGI fest, strung together with a paper thin plot and a ludicrous ending. As a popcorn movie, I suppose it works, but the over-reliance on CGI has always been a personal gripe of mine.
The funny thing is that while I was watching the movie and privately grousing about it, I started thinking about "The Ways of Khrem" and how I need to be careful to avoid the literary equivelent of the same thing when I rewrite it. Khrem is a fantastical city that the novel takes place in, and in some ways is almost a charactor of the story itself. But I realize now that I would go overboard on descriptions and prose in regards to it, instead of getting on with the story. I'm going to have to cut a bunch of that out, yet still work enough of it into the action of the story so that the cities charactor remains. I have a couple of ideas on that.
Saturday, we stay home and take care of the housework and some overdue shopping for Rowan. Sunday, if everything goes well, we will drop the kids of with their Aunt Tigger so that Karla and I can go to the Renfest together . . . just the two of us. That will be really good.
Posted by D. Nathan Hilliard at 2:08 AM