Passing Plagues and Getting That Short Story Out 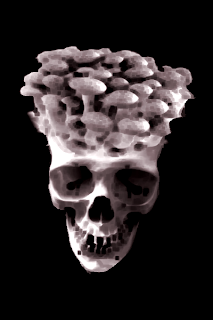 So, a new week begins.

The kids seem healthy, if a little rough, and I think it's safe to send them back to school. Amazingly, after a week of nursing two sick kids back to health, I haven't seemed to caught what they had. I know, I know, this coming from the guy who can catch a cold from somebody in the next state, but there it is...I'm still symptom free.

Normally, a child free Monday would mean I would finally have the house to myself, but my father has to come back and work on patching the hole in our shower. The plumbers replaced the shower faucet, but we have to fix the hole they made fixing it. But that's okay... adult company isn't near as distracting as kids...and we'll both be busy anyways. I'm going to keep practicing with .prc files and see if I can find a way to embed an image in kindle files.

I haven't heard back from either of my two proofreaders for The Mushroom Man yet, but hopefully I'll get some feedback tonight or tomorrow. Since sending them the drafts, I have continued to tweak what I can find...mainly reducing a little of the verbiage at the beginning of the story and smoothing out a few awkward passages. Hopefully, I will be hitting that "Publish"  button before the week is over. But I still need to get that feedback... if nothing else on the general feel and plot of the story.

Because that's always the part the author is blindest too. We are often too close to our work to tell if we are conveying what we intend, or if we are just seeing it because we know it's supposed to be there. That's why I need those other pairs of eyes. Oh well, it shouldn't be long now.

Have a good week, folks.
Posted by D. Nathan Hilliard at 1:22 AM