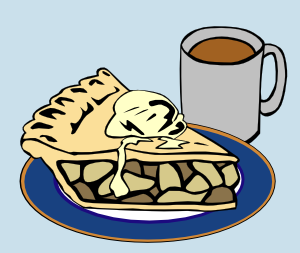 Cherri Galbiati and I had our weekly writers night out last night, and this time we had a guest. Our friend and fellow author, Diana Driver, joined the festivities. And what I discovered was three writers equals three times the fun. We laughed, chatted, and talked writing until after midnight. A good time was had by all.

I will probably be dumb as a brick later since I had a cheeseburger. I was celebrating finishing the first draft of The Mushroom Man, so I took a night off from the diet. As fat as I am, nobody would believe the word "diet" should be associated with me anyways. Now all I have to do is go back and start cleaning the story up and my January short story will be done. Yay me!

On another front, Sheridan got straight A's on his report card again AND a straight excellent marks on his weekly conduct report, so I felt it was only right that we celebrate with a  father/son outing to Old Town Spring. We had frito pies, fries, and talked about school and stuff. It was good.

So, last week ended well and this one has a good start...mostly.

Rowan has come down with a cold and fever, so she will be staying home with me tomorrow. We'll probably sit around the house sniffling and I'll try and get the place cleaned up so the piles of mess and dirty dishes don't collapse on poor Cherri when she comes to watch Rowan while we take Sheridan to Cub Scouts. I'll do my best.

Have a happy Monday, folks!
Posted by D. Nathan Hilliard at 2:06 AM