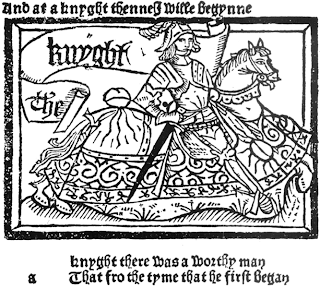 When I started writing "The Ways of Khrem," I had a very particular charactor in mind that I was striving to create. I wanted somebody who was not essentially "heroic" as was commonly understood. And I wanted somebody who was not the usual alpha male that most fantasy males tend towards being. And while criminal charactors had been done before, even they tended towards the nerves of steel type.
.
So I came up with Cargill of Khrem.
.
A former theif par excellance, and all purpose criminal who decided to get out of the 'business," before it either killed him or cost him his mind. A man who now lives the quiet life of a book merchant, and has breakfast on his patio every morning so he can see the city below him, and remind himself that his former life is behind him. . . just so he can keep the nightmares away.
.
He isn't dashing, or bold, or big, or daring . He's short, slight, and just wants to forget the past. Unlike many fantasy protagonists, he has never wielded a sword in his life. Even his manservant tends to disrespect him at times.
.
But the catch in the story is that he gets put in a position where he has to deal with his past head on, when he is "recruited" by Captain Drayton to help him solve murders in Khrem. He doesn't want to, but one of the unemphasized plotlines of the novel is how he starts to come to grips with what happened in his life and who he is. From reliving an event in Part One that nearly cost him his life AND nearly broke his nerve, all the way to Part Three where he suddenly finds himself in a position to possibly find the murderer of his first true love, an event that changed the course of his life. And while he is actually an intensely intelligent man, many of his decisions and actions are made by that past before he is even aware of it.
.
But this plotline happens in the background, behind the conflicts with horrific beasts, vengeful gods, and murderous ghosts. And the ongoing conflict of minds and wills between Cargill and Captain Drayton as they try to get to the bottom of mysteries.
.
As much as he tries to escape it, Cargills past is always all around him. Many of his actions are reactions to that past. Even his act of heroism in the Part Two. So in the end he is a haunted man, not just by another person in particular, but by all the things he was, the things he did, and the the things he couldn't stop from happening. They are always with him.
.
That's not to say he's not capable. Far from it. He carries an intellect and a skill set that sets him far apart from his new nieghbors on the nicer end of Khrem. And he puts them to use at times to great effect. It's just that he would be the first to deny that that's his nature anymore.
Posted by D. Nathan Hilliard at 12:45 AM