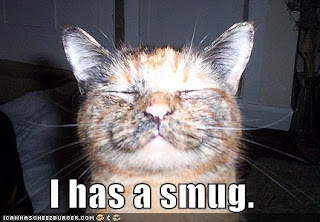 Today, I became the proud owner of my first laptop computer. It's a seventeen inch, HP pavilion.

The pricetag said $729. Silly me, I thought that was what I would end up paying at the counter. Lets just say that once the protection plan, case, antivirus, mouse, and tax got included . . . a different number emerged. But I'm not going to go into that right now because my wife might read this blog.

Anyways, it's currently sitting in it's box on the table, because I'm still too intimidated by it to open the box. Remember, I'm the guy who still hasn't figured out his cell phone.

But soon that will change.

UPDATE: I've plugged it in and played with it a little. It's solitaire game works, and it comes with a rudimentary word processing program. Now it's locked in a file cabinet because Rowan seems to be on a rampage today and getting into all kinds of mischief.
Posted by D. Nathan Hilliard at 4:21 PM