So How About that Super Bowl? 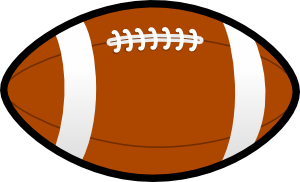 That was a good game.

Anytime the game comes down to the final minute, the fans win. And this time we had rather evenly matched teams where I do feel the better team won. That doesn't always happen, you know. Not to mention that as a Dallas Cowboys fan I could hardly be expected to root for the Pittsburgh Steelers in a Super Bowl. So the right team won, lots of chips and queso was consumed, and a good time was had by all.  Alls well that ends well.

Alas, this also means that we begin that long dark night which is the part of the year where there is no football. It is that awful, prolonged time when my wife lives in the smug assurance that the TV is hers on Sunday. It's a time that tries a man's soul, and an ordeal that all real men must endure until the glorious return of autumn. But it is a trial that we have faced many times before. and we all find our own ways to make it through this most difficult of times.

I also had a Writer's Night Out with Cherri Galbiati the night before. We decided to move it to Saturday night this week so we could enjoy the Super Bowl. Since I was closing in on getting The Mushroom Man ready to publish, I celebrated with a Chicken Fried Steak...gluten be damned. Sometimes it doesn't hit me that hard, but this time it had me yawning at poor Cherri half the night. She took it gracefully though, and did one final proofread of The Mushroom Man for me. She was very helpful and gave some great last minute pointers that added that perfect last minute polish to the story.

I also want to thank my other two proofreaders, Stephanie Hilliard and Charlie Paul. You guys help bring the diamond in the rough into a polished gem.

Speaking of The Mushroom Man, I intend to upload it to Amazon.com after I finish working on it's blurb sometime today. With a little luck, it will be available for sale by Wednesday or Thursday on the kindle. I consider hitting that "publish" button to be a great way to start any week. And this will be the first time I do it in 2011 so... Woohoo! My year as a writer has finally begun.

UPDATE: I hit the publish button at 1:18 AM...and wouldn't you know it, I screwed up. I put "The Mushroom Man" as the title instead of "Shades: The Mushroom Man." Sigh. It's not a huge deal since I can fix it later, but I'll have to wait until it's been published. It's always something.
Posted by D. Nathan Hilliard at 12:36 AM