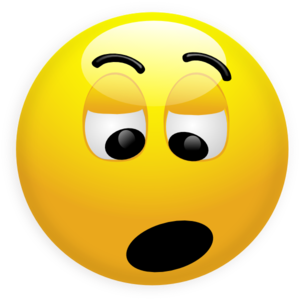 First of all I decided to weigh in and see how my diet worked out in January. So with great trepidation I stepped on my new digital scales to see the score. After it finished screaming in pain, it reported I had gained four pounds. Yeah...four pounds...in the wrong column. I might need to rethink my dieting strategies. The "tub o' Cool Whip" diet apparently has it's shortcomings. So there's that.

The other thing I managed to do was somehow leave my headlights on while parking my car at Starbucks and draining my battery dry. The real odd part here is that it was one o'clock in the afternoon on a bright sunny day, so I'm trying to remember why I would turn my headlights on in the first place. I haven't a clue. Oh yeah, my early onset of Alzheimer's is coming along great  So there's that, too.

Apparently, my goal of getting skinnier and sharper by the end of the year needs to be replaced by a new, more realistic goal.... transforming into a giant, brainless blob of goo. I can do this! I have the aptitude! Go me!

On another front, I'm starting to get feedback back on The Mushroom Man. So far it's both positive and useful. Lots of corrections need to be implemented (thanks Steph!) but story wise it seems to be getting a good reception. Hooray! I kind of like this story too. I may spend an extra day or two working on it. There are a couple of paragraphs that I think could read smoother, and I want to make sure I have my characterizations just right. I want it to be nice and polished, so it may not go up till next week now.

Anyways, that was my Tuesday, so lets hope my Weds goes a little better. As long as I stay away from bathroom scales and don't drive in broad daylight with my high beams on, I think I got it covered.
Posted by D. Nathan Hilliard at 2:20 AM