And So It Begins Again 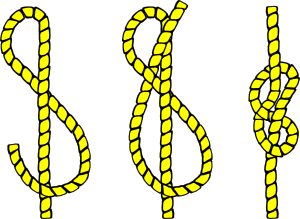 The edit for Part 2 of The Ways of Khrem, titled The Cistern, has come in.
It's pretty much what I feared.
There was a part to this story that made about half my proofreaders eyes glaze over, and my editor has put herself firmly in their camp.
In the scene in question, Cargill is launching a rescue of a young boy who has fallen down a narrow hole into a cistern below. To do this, he pulls on his former knowledge as a burgler and thief to use a system of ropes in the rescue. Unfortunately, I was losing a lot of my readers with the descriptions of what he was doing. I had already simplified the process once at the request of the proofreaders, but it still is losing people.
So now I need to rethink things. I'm going to work on coming up with a telling that is much simpler, yet preserves that emphasis on Cargills skills and expertise. I also need to keep all three ropes as the rescue simply wouldn't work without them. Each ends up performing a specific function in the story, and the removal of one makes the whole scene crumble. So this is going to take a deft touch.
I think I need to de-emphasize the ropes without removing them. That will likely be the approach I try first.
Anyways, I've pretty much decided to rewrite this story from the beginning so I'll be working on this for a while. It needs it, because the story contains a lot of other little irritations that were the result of my inexperience at the time I wrote it. This will make it a cleaner and leaner story.
Posted by D. Nathan Hilliard at 12:36 AM