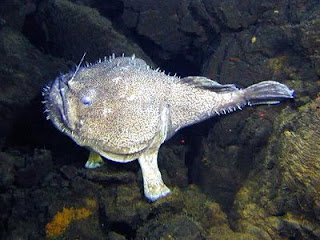 I'm now at the nine thousand, three hundred word mark on "The Cistern" rewrite, and plugging along. It's still the same story, with a little more detail thrown in in some areas, and things glossed over a little in other areas. I think I can salvage it.
.
Still thinking about the ending of "The Barrow Wolf." I'm debating tweaking it just a tad, to make it's ending a little more compromising, without really changing much. I have to stay true to the characters, and the truths that make them who they are.
.
Then I need to turn my attention to a couple of short story ideas I'm dwelling on for a future anthology. I can't devote too much time to them yet, at least not until this edit is done, but it's always good to flesh out ideas. And then there is always Argiope screaming in the background for my attention. I've been killing the same three drug runners for three weeks now, and they're getting tired of it. I need to get that scene finished.
.
So I"m currently juggling three projects while doing the prep work for two more. Heck, I didn't work this hard shoveling uranium ore back at the old ore mill. Which brings up another thing I've been thinking about...
.
...I haven't set any stories in New Mexico yet. I spent a significant part of my life out there, and it's a great setting, but so far I've pretty much stuck to either Texas or the world of Khrem. It might be time to broaden my scope soon.
.
Oh well. Back to the grind. The kids have school tomorrow, so sometime tonight I need to pack their lunches and have their stuff ready to go in the morning.
.
Ta.
.
UPDATE: I'm now at eleven thousand, two hundred words and I'm stopping to sleep on the situation. The monster of the story is making his grand appearance, and I think I can do it better than I did the first time around. This is a good place to pause. I have my nights and days backwards again, so I'll have to straighten that out by tomorrow when I'll need to take Stinkerbell to her therapist. That means I'll probably snooze today, then try and get some sleep tonight as well...which means I won't get a huge amount of writing done. We'll see though. Things always work out different than I expect on these things.
Posted by D. Nathan Hilliard at 1:04 AM