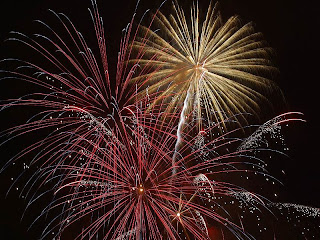 So a New Year is upon me, and I suppose it's time to take stock of the old.

I think 2009 is the year I will always remember as the year I became a writer. While I actually started writing in Nov 2008, it wasn't until 2009 that I finished my first manuscript, got my first rejection, got my first acceptance, and saw my first story in paperback. I also met my goal of writing twelve short stories that I felt were worthy of submission for publication. Ten of them proved me write, and one is still under consideration. The last is being tweaked for future webzine consideration somewhere. So I think I can confidently say that 2009 was a pretty big year for me.

The kids are another year older, and growing like weeks. The wife is another year younger and lovelier than ever. I, of course, am another year fatter and and desperately hunting fat authors to model myself after. A hat can only make you look so skinny. I suppose I'm going to have to make a new year's resolution about that or something. Maybe start wearing vertical stripes, and hope nobody confuses me for a pregnant zebra.

Oh well, I'll think of something.

All in all, 2009 was pretty good. Here's to making 2010 an even bigger and better year. I've got some thoughts on that for my next post.