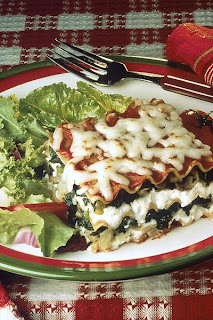 Last night I went out to a dinner party with my wifes boss and coworkers. They turned out to be a really great bunch of people and I had a very good time. Not to mention, since this was Italian, there was nothing "Nate safe" in the way of being gluten free so I decided to take a break from my diet for a night and live a little. I had the most heavenly piece of lasagna I have ever tasted. It was good, cheesy, meaty, and fortified with all the extra flavor that a long period of denial can add to a dish. I was in a state of bliss.
Unfortunately that was soon followed, of course, by a state of fugue as the gluten did it's thing on me. It wasn't that bad though, and I think a year away from the stuff has kind of allowed my GI to heal and not absorb so much of the stuff when I do mess up and eat it. Regardless, I had a great time.
Today will also probably be Act II of the Cowboys In December Implosion Extravaganza, unless the football gods are really smiling on me today. I'll be sure there are no hard objects within reach that I might break down and throw at the TV screen. Sigh. Being a Dallas fan didn't use to be this hard.
Then I'll start doing my final go overs of "Roadkill" before submitting it to Pill Hill Press. It's shaping up well, and more kinks are being worked out. Once that's done I can take a day or two and make a final decision on the rest of this month.
The kids are happy because Nonni and Daddo (the grandparents) showed up yesterday and helped put up the Christmas tree. It's the kids first one, so they are thrilled. I guess Saturday was a good one for everybody. Sheridan picked out a lot of the tree decorations, and the star for the top. He did a good job too. I like our tree.
Posted by D. Nathan Hilliard at 12:51 AM