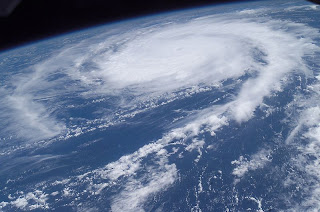 “Gimpy, Walters just told me that you relieved him from the wheel. “
The pause that followed belied the old pilot's weighing of his words.
“Aye, Cap’n. If we’re gonna take the Lark into this mess, then I reckon it’s for the best that I be steerin’. Besides, Walters ain’t never piloted a sidewheeler before and I figure you don’t need the Canal Authority givin’ you grief for somebody chewin’ up their banks with a paddle wheel.”
“And I suppose you just want to go ahead and stay at the wheel once we get into Galveston Bay?”
“Aye. That, I do.”
Covey crouched below the stairs leading up to the pilot house, clutching the covered tin tankard of coffee with both hands. The boy felt no qualms about eavesdropping on the conversation above, as he had no doubts that he had been sent with the coffee for the purpose of doing just that. The crew already knew Captain Wallenbrech’s intentions, now they wanted a report on Gimpy Simmons true thoughts on the matter.
Although no greenhorn to riverboats, Captain Eli Wallenbrech’s rank came by dint of his ownership of the Lark, as opposed to any experience based promotion. He could be counted on to pilot the boat himself in a pinch, and possessed a decent grasp of every job on board. The crew didn’t doubt his competence in most situations, but when it came to piloting a riverboat, Gimpy Simmons had no peer.
The grizzled old codger, with his confederate gray pilot’s hat and corncob pipe, had guided paddlewheel craft, both stern and the rarer sidewheelers, over the waters in this area as long as anybody could remember. A relic of a former era, before steam driven propellers began to come into their own, it seemed fitting that he piloted one of the last known sidewheeler packet ships in the rivers and waters around Galveston Bay.
“Gimpy, I’m guessing you were wantin’ to dock and ride out whatever’s coming back at Brazoria, weren’t you.”
“No Cap’n, I wasn’t.”
“No?”
“No. Truth be told, I’d rather we turned this boat around and git back as far north up the Brazos as we can.”
Covey could tell by the old vet’s voice how he clenched his teeth around that beat up pipe of his and imagined him squinting out over the wheel as he talked. The smell of tobacco drifted down to him in the heavy air, mingling with the scent of coffee he held.
“Are you serious, man? Look at that sky. There’s hardly a cloud in it. Surely we can beat whatever gale is coming to Galveston. Especially with the wind coming out of the north like it is.”
Gimpy’s grunt of a reply barely reached Covey’s ear, and it didn’t carry the sound of a man convinced. It ended the conversation though, as the next sound was the clomp of the captain’s boot on the top step. The boy retreated further into the shadow under the stair, and warily eyed Capt. Wallenbrech's descent.
Posted by D. Nathan Hilliard at 12:11 AM
Labels: Last Flight of the Lark