Another Snippet From Later in the Story 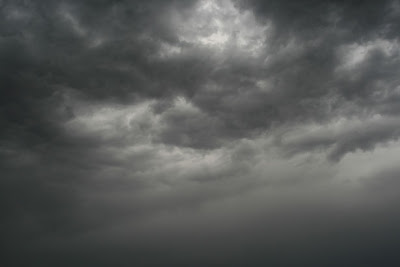 The beast was born in late August, south of the Tropic of Cancer, off the African coast of the Atlantic. Long before the age of air travel or satellites, it prowled its way across the ocean unobserved, gaining strength as it moved. It grew slowly as it drew sustenance from the mild southern Atlantic waters.

It hit the Caribbean at the beginning of September, washing out railway tracks in Jamaica. The winds were ordinary as such storms go, and it truly hadn’t achieved the status of hurricane yet. The storm started the usual curve northward and it reached Cuba on the fourth, dropping ten inches of rain in eight hours. It crossed over the island, and somewhere between Cuba and Florida it strengthened into a hurricane. Florida and the east coast states braced themselves for a major storm.

The beast had a mind of its own, and chose a path unlike most of its brethren. Instead of continuing to curl north as was the norm, it flattened its NW course to a WNW course instead. It’s edges brushed Florida’s east coast, confusing meteorologists and convincing them that their initial predictions were right. Meanwhile, the storm moved out over the bathtub warm waters of the Gulf of Mexico.

On the sixth, the steamship Louisiana, south of New Orleans, encountered it in the gulf. As the ship attempted anchor to ride out the storm, the captain watched in disbelief as the barometer headed south to a reading of 28.75, a reading he had never seen before in his life. He would later estimate the winds to have reached 150 miles per hour. Lacking any ability to contact the shore, he had no way to warn people of what lurked out in the gulf.

The beast had become a monster.

And as that monster started to turn yet again, it pushed massive amounts of water ahead of it. On the morning of the eighth, as the Lark entered the waterway leading to Galveston Bay, the hurricane sat twelve hours off shore and taking dead aim at the city itself. 37,000 people went about their lives without any idea of what now howled their way.
Posted by D. Nathan Hilliard at 12:12 AM
Labels: "Flight of the Lark" Storm 1900