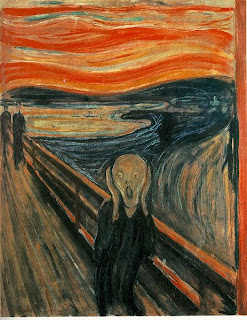 So, instead of waiting until I'm done editing the current story, I'll go ahead and at least give a few thoughts towards the next one. Maybe that will help the creative process.

Pill Hill Press has a couple of other anthologies that are accepting submission. They have their "Bitter End Anthology" for seafaring horror stories. I started a story for that but it morphed into "Flight of the Lark", which is completely different. So I could try and come up with something else for that. They also have an urban legend anthology open, but I just never was a huge fan of those. If I think of something, I have no problem writing for it. It's just not the way my mind usually runs. The Halloween mystery anthology of theirs might be promising.

LL Dreamspell will have another Nightmares anthology opening soon. I actually already have a couple of stories in the wings waiting on that one though. But since they accept more than one submission per author, I might also consider writing another one for their Revenge anthology as well.

There are other markets out there too. Maybe even one of the webzines that don't pay anything, but will get my work and name out there a little bit. I'm sort of partial to getting paid, but it's not like I would be losing a fortune if I don't. There is something to be said for exposure.

Anyways, I got plenty to think about.
Posted by D. Nathan Hilliard at 4:07 PM