Time to Think About Getting Back To It. 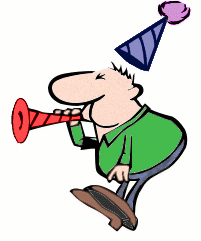 Well, now that I've been home for a day I suppose I'm expected to do something useful...other than keep the kids from pillaging and  plundering the place more than usual that is. I made a half hearted swipe at the kitchen, but it still looks pretty grim. The living room is livable in name only, but I'm not being picky yet so semi-livable is an acceptable status for now. The litter boxes are cleaned, and the cats have quit casting threatening looks at the nearby rugs. I'm beginning to settle back in, even though I still have boxes of gifts and stuff to figure out how to sort into their new places.

I suppose I ought to water the tree too. We're leaving it up till New Years, for our little get together, and the thing hasn't been watered since we got it. On the other hand, I suppose I could just not water it and by New Years it should be dry enough to simply ignite when we plug in the Christmas lights and we could start the new year off with a bang. That "bang", of course, would be my wife beating me about the head for getting her living room sooty.

I haven't done any writing, but I wasn't planning on it yet. First of all, I'm still so full of gluten that I'm lucky to even be able to remember I'm supposed to write from time to time...and second there is still the matter of the two howler monkeys I've been blessed with for children who are still home with me all day. I'm doing a little mental planning on it though, and I'm starting to suspect I'm going to have to back up about two scenes in Argiope and rewrite a scene to delete a character from it, so I can use her more effectively later in the story. I also think doing that will unblock me where I'm at in the story and allow me to move forward again.

Anyways, it's been a great Christmas where I've shared time with family, and even had the pleasure of hearing from an old friend or two.

Now I just need to get ready for New Years...without the burning tree, I guess...although when you think about it, a raging Christmas tree would add a certain something to a party.
Posted by D. Nathan Hilliard at 2:04 AM