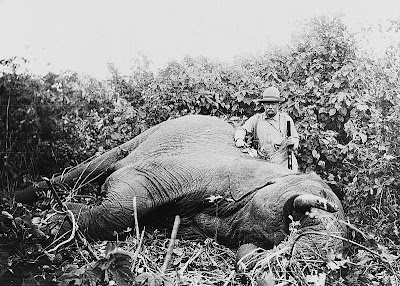 I took an excursion through the perilous wilds of Houston traffic to hunt for supplies at Office Depot. After braving fierce Houstonian drivers and suffering through the purgatory of overlong traffic lights, I achieved my destination and the hunt was on.

Aisle by aisle, I methodically scouted the store until my quarry was identified and located. About midway through the thicket of towering shelves, I spotted it. . . the bundle of clear fronted, three pronged, report covers. With steely resolve, I moved in. Making a direct approach, I bagged my prize without further hesitation.

I also spotted a future trophy I wish to add to my collection. The elusive tall file cabinet. I stalked my new prey for a closer look. Coming up on it's flank, I surprised it and managed to get a full look upon it's price tag before my six year old porter raised a fuss and I had to move on. Alas, I may have to hunt in cheaper jungles for this creature, for it is pricey indeed. I suppose I shall beat the brush of the internet and see what turns up there.

As a bonus, I managed to pick off a pack of printer paper on the way out of the area.

All in all, I would call it a successful hunt.

Apparently my father was doing some big game hunting of his own and managed to bag the elusive 4 drawer file cabinet at a small preserve for the mere pittance of seven dollars.