What We're Up Against 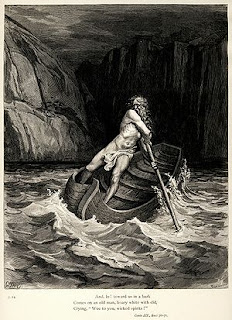 Do you see the problem?

This is challenge that all independent authors and small presses face. A trade paperback from a relatively unknown is only nineteen cents cheaper than a best selling hardback. And it gets worse. I went to Barnes and Noble recently and discovered that the average paperback was selling for about eight to nine bucks. And these were big name authors in the genre. So how do I, or a small press, compete with that?

Well, the truth is...I can't. Not in print. These big publishers run off thirty to fifty thousand books in a single run, driving the cost per book way below what a print-on-demand (POD) book is going to cost a small press or indie author to make. And there is really very little we can do about it. I'm sure that POD will come down in price over time, but it will always be more expensive. And that's a big problem. It's the reason I tracked over a thousand potential customers over the internet when they were led to my website by the recent ads I ran, then watched as over two hundred were successfully persuaded by the site to proceed to the buy button at Amazon.com...only for the vast majority to balk once there. At that point, they knew what the book was about, had read excerpts...and even a free sample...and even were introduced to the cast and charactors. They found all this interesting enough to proceed onwards....so there was only one thing left to stop them. The price.

Not necessarily. Thanks to technology, there is a now a new playing field...and one that the big publishers aren't terrible happy about. Check THIS out. LL Dreamspell is my other publisher, and they are getting into ebooks in a big way. And notice the prices. That bestseller from before is 9.99 on the Kindle, because those big houses still have that overhead and those agents, editors, CEOs, and marketers to pay. But now the small press and the indie author can find their own small status to actually be an advantage. This is why New York authors were grouching about the effects of ebooks on hardbacks at Apollocon. And thisis the great leveller of the playing field between the small press and New York.

And this is the future.
Posted by D. Nathan Hilliard at 12:29 AM