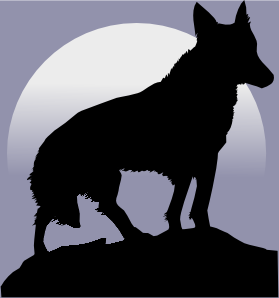 Well, it's certainly been an interesting past couple of days...at least the parts where I've been conscious. This time I only slept for eight hours, so I'm hoping that whatever was making me sleep so long is finally behind me. If nothing else, I'm well rested.
.
I'm still studying advertising numbers and sales, but I've decided to broaden the experiment. I'm going to take a story I'm working on, that was slated for a future anthology, and submit it as a straight to kindle story instead. The purpose of this is twofold. The story, called "The Barrow Wolf," takes place in the same world as "The Ways of Khrem," and having it out on kindle might act as free advertising for the novel. Second of all, I'm curious to see what the performance of a short story on the kindle would be, and what all goes into publishing on that platform. I know I'll have to generate a cover, but that shouldn't be too difficult. So that's what is going on on the writers front at the moment.

I'm also talking to Lenka of Lenkaland.com in order to set up an interview on her show. This show would deal both with writing, the novel, and living with Charcot Marie Tooth. Now that I have survived my first interview, I'm looking forward to this one without the same level of terror. We'll also see if I can do it and keep the number of times I say "uh" under a thousand repititions.  It ain't much, but it's a goal. I'm gonna have to work on things like that.
Posted by D. Nathan Hilliard at 2:46 AM