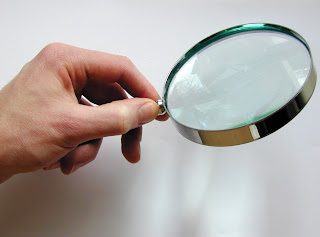 I spent last night at Denny's, reading one of the stories for Apollocon that I will be critiquing in the upcoming writers workshop. Critiquing other writer's work makes me sort of uncomfortable. The word ventures close to "criticize", and I hate criticizing the product of somebody else's imagination and labor.

Some things are automatic and easy. Spelling, grammer, and other structural problems can be pointed out without guilt, because they are simply there. On the other hand, when you have to judge things like plot, characterization, atmosphere, etc...then you wander deeper into the realm of relative opinion, and I end up worried about sounding judgmental or giving offense. I want to be very careful when writing up these critiques that I am nothing but encouraging.

Another thing that is going to make this interesting is that there are going to be two critique circles. I am in one with three other writers. The four of us were sent copies of each of our stories. Now for the "interesting" part...the other three writers are obviously writers of sci-fi, while I am more of a horror/mystery writer. So we have one sci-fi that takes place on another planet, one sci-fi from the POV of a newly self aware AI, one sci-fi about interdimensional energy sources and their consequences...and one ghost story. Yeah.

Been reading a little Ray Bradbury here and there. The man was absolutely lyrical with his words. I will never be Ray Bradbury. And I realize that as a kid I wanted to be his protagonist from Dandelion Wine, Doug Spaulding, without exactly realizing it at the time...which in a weird way got in the way of me being me. Oh well, that's part of being an imaginative kid too.
Posted by D. Nathan Hilliard at 12:24 AM