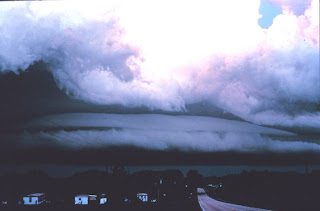 Well, I have two out of my three critiques written so only one left to go. Naturally I saved the toughest for last. Hopefully I can hammer this one out over the next 24 hours and I will have that behind me. After that I will bind the critiques with copies of the other authors manuscripts that I have already printed out. That way I can still edit the printed out manuscripts over the rest of the week. Then I will at last be ready as I can be for the approaching writers workshop on Saturday. I'm working hard so as not to embarrass myself there.

I considered attempting a short story for LL Dreamspells Romance anthology. You should have heard the laughter coming from my wife when I brought that one up. She is apparently of the opinion that I wouldn't recognize romance if it punched me in the nose. I feel as if a gauntlet has been thrown down, and I'm evaluating the merits of picking it up.

Ah well, I have the luxury of a few more days to ponder that question.

Thankfully, Nonnie and Daddo will come down Friday to watch the kids. This means I can registar for the convention on Friday, catch some of their early panels, and then be back bright and early on Saturday morning for the writers workshop. Excellent.
Posted by D. Nathan Hilliard at 12:57 AM
Labels: Apollocon writing workshop