Back from the Convention: Day One 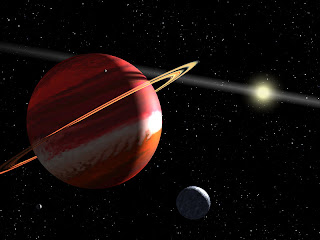 I went to Apollocon this afternoon for the first time. I'm so used to attending conventions at Texas A&M that it came as a bit of a surprise how some conventions work in much smaller spaces. But I have to give them credit... unlike Aggiecon, these guys had their acts together. They had a program guide, map, and panel schedules ready to hand to you when you signed in. And they had people at the registration table who actually knew what was going on, so you didn't just get a blank look when you asked a question.

I didn't do much this afternoon. I just attended a NASA panel on proposed manned flights to near earth objects, and then went to the opening ceremonies. The NASA panel was informative and interesting, and again I found myself reminiscing the days that Aggiecon had NASA panels. I know it sounds like I'm dumping on Aggiecon but they really disappointed this year. Regardless, back to Apollocon. They seemed to have everything under control, and well planned.

I plan on leaving early tomorrow morning so I can make the writers workshop. After that, I intend to meet people and attend panels. I am definately getting old since I probably won't be hanging around for the dance or the costume party. Maybe next year if I get to know some people.
Posted by D. Nathan Hilliard at 10:21 PM
Labels: Apollocon Aggiecon writing NASA