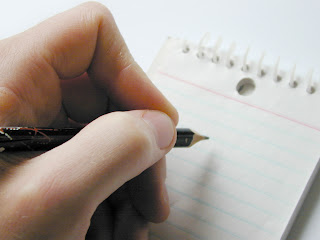 Well, I have got my response from Apollocon, and the manuscripts from three other writers that I have to do written critiques of. Fortunately they sent a written set of guidelines for the critique, which will help immensely. I haven't read any of the manuscripts yet, but will dive into them either tomorrow or the next day. I want to be sure and give the other authors a good effort on my part, and a proper amount of time.

Just meeting other authors is going to be exciting. I'm really beginning to look forward to this convention. I know that at least a couple of other authors from L&L Dreamspell will be there. That makes it doubly interesting.

On the home front, I opened up and tried out my new deep fryer today. I made twice cooked french fries and they were a big success. This new deep fryer will reduce the amount of oil that has been accumulating on my counter lately, and will probably also help make Dad a more popular guy. Double bonus.

Took the kids to the grocery store, and let Sheridan push a cart of his own. After that adventure I've decided he doesn't get a car until he is forty. Fortunately, nobody was badly bruised and damage was contained to just a couple of aisles. Seriously, how hard is it too look forward while pushing a cart? I love that boy dearly, but I despair sometimes.

I've also got a strong idea for a short story, so I feel better on that front. Unfortunately, it's a science fiction, which LL Dreamspell doesn't currently have an anthology of. If I write it, I'll shop it around elsewhere I guess...although I suppose it would work in their nightmare anthology. My short stories tend towards horror apparently.