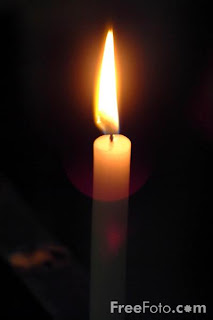 Well, the meeting with the authors of The Final Twist certainly went well. I could not have asked for a nicer, more welcoming group of people. I made a special effort to remember names and attach them to faces, which will probably mean by December I'll start getting it right. Regardless, I found that being in the presence of other writers is a rather inspirational thing in itself, and good for your confidence. It makes writing something that the people around you do, and whole lot less intimidating.

Also, I enjoyed a stroke of inspiration and may dust off Argiope and get back to writing on it. I hated shelving it in the first place, because that's just not the way I write. I like to finish something and move on to the next thing. This time that just wasn't working though. Apparently, my subconscious must have still been chewing over the problem because I literally awoke this morning with the possible solution to making the story have an internal logic that it can adhere to, and even be a better story in other ways too. I will have to do some outlining later to test it out. I don't want to write too far into it and discover that I am still screwed up.

On another front, I've started branching out into checking out other places to submit too. I found an little magazine called Quick Fiction that publishes five hundred words or less short stories. It has a little .org by the same name. It accepts online submissions so I decided to read some of the stories it has and try to rise to it's challenge. I'm now partially through a short story called "Jupiter Rising" that I'm hoping to squeeze into submissable form. Here is the first paragraph to that little story...

"The electric blue sky of twilight did little to illuminate the rolling countryside, the only clearly visible feature below the horizon being the stock tank down the hill, which reflected the neon sky. The August heat now bearable, the evening throbbed with crickets and frogs. Gramma and Grandpa were dark silhouettes in their lawn chairs beside the farmhouse, listening to the Rangers game on the radio between them and offering occasional muttered commentary. Rowley prowled the driveway near his telescope. Jupiter should show itself soon."

I noticed that you have to write densely in this format, although I "unpack" it with some dialogue to break it up after this part. Ah well, that's all for now... back to writing.
Posted by D. Nathan Hilliard at 2:31 AM
Labels: final twist writing quick fiction jupiter rising