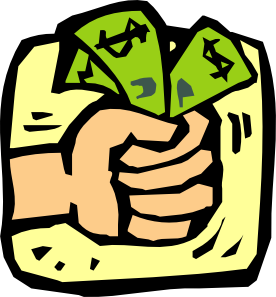 So I've been looking at what fantasy novels are selling these days. For the most part, the ones that are actually moving seem to have a lot in common with the ones that have sold before. One of the things is a strongly identifiable theme...the quest, the fight for power, the slaying of the monster, or the war against the bad guy. When I look at these, I realize that one of the problems I have with my novel, The Ways of Khrem, is that I can't hang one of those monikers on it as a starting point for describing it to potential readers.

That doesn't mean it's a bad novel...I'm actually rather proud of it...but that means it's a novel that can be complicated to market. While as an author I took pride in avoiding as many of the usual fantasy archetypes as I could in that novel, I realize now that leaving a few in for a potential reader to get a fix on might have been useful.  I don't think I would want to change any future Cargill of Khrem novels, but I definitely would keep the idea of archetypes in mind if I branched out. Even if it's maybe for a different character in the same world.

I've put a lot of thought into the world of Nur, so I would be predisposed to use it in the future. At the same time, I might be inclined to do something more like I did with The Barrow Wolf and start with a more archetypical protagonist in a different section of the world. I mention the The Barrow Wolf because it's my best selling story, I find myself looking at it and contrasting it to the stories that don't move as well. What's different? Why does this story do better?

Is it the cover? Is it the simple theme of a boy going out to kill a monster? Is it the witches? Is it the wolf? It's still not very archetypal...you realize that once you've read it...but it's probably moreso than my other fantasy. So perhaps I need to look harder at the archetype thing.

Oh well, it's tuesday. I think the lady who helps clean our house is coming today but the place is currently in such a state of disrepair that I would be embarrassed for her to see it. So I guess I gotta get moving.

Happy Tuesday folks!
Posted by D. Nathan Hilliard at 7:51 AM