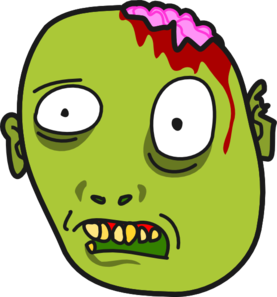 So I am now buying cheap zombie e-stories from Amazon.com. My criteria for selection is that they must be .99 cents and they must be selling. So far, I have read two.

The first thing that jumps out at me is that they are both novellas. They don't come with a word count, but in both cases I managed to read the stories in under two hours. Their writing was decent, although I thought the editing on one of them was really dodgy. It was just bad enough to kick my internal editor on and that kept interfering with my ability to simply read and enjoy the story. But I'm a writer, and since the story is selling then it is obviously good enough for most readers out there.

I noticed that both featured characters that were either ex military, or police officers before the zombie apocalypse happens. I understand that others out there don't so I'm not going to draw any conclusions from that yet. Both also feature the "virus" zombie...live people turned into bestial cannibals by some virus. Again, too small of a sample to draw any conclusions from yet, but I'm curious to see how prevalent this is.

Also, while blood and gore is mentioned, neither were quite as graphic as I thought they might be. More like they simply stated there was blood and gore. Thats another thing I intend to get a feel of. What is the average graphicness of the ones that are selling. While my style tends towards leaving things to the readers imagination, neither of these featured graphic violence that I couldn't comfortably match...or even exceed. Again, a small sample though.

At least as I'm reading this, I'm starting to get my own ideas of how I would do this or that different. That is always the first step to coming up with ideas of my own. But I want a better feel of this genre before jumping in, so I still have a lot more reading to do. But it's cool. I'm having fun, and I'm doing it with purpose. And that's a lot of what this whole thing is about.

Oh, and the coolest part is that I'm buying these stories with the recent revenues from my writing, and that adds an extra layer of satisfaction to it. So, all in all I'm feeling pretty good about this at the moment :)
Posted by D. Nathan Hilliard at 12:01 AM