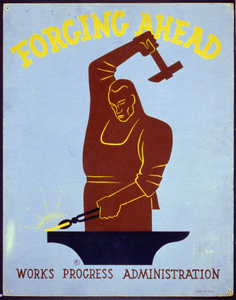 So it's been a busy weekend.

All of it has been in the name of getting something done but some things have been more fun than others. I'm still reading zombie stories, which probably counts as much as entertainment as work but I'm starting to get a feel for these things. Most seem to be the new kind of "virus" zombie. Of course, my natural inclination is to go old school and have them crawl out of the ground, but I can see where the new style zombie would pose a greater threat. I'm actually debating something now that is a bit of both.

I've also been trying to start finding my house again. Over time, it has become something of a mess...what with having two kids whose sole occupation in life is finding ways to wreck it or fill the floor with their toys. Combine that with a wife who's first instinct is to save everything and a husband (me) who was never the greatest housekeeper in the first place...and what you get is a situation where cleaning up sometimes seems to be pushing everything up against the walls.

So this time I'm taking the long view. I'm starting with drawers and cabinets and going through them one by one, and pulling everything out of them and throwing away things that haven't been used in a  year. So far, that has been coming to a surprising amount. I'm not in a hurry, I'm just trying to do a drawer or cabinet a day. I don't expect quick results because I know I would just get discouraged and give up. So I'm not worrying about results right now. I'm just trying to make myself do it.

Same with the writing. I'm trying something new and attempting to plot out a story in advance, along with creating the cast. It's a really weird way for me to do things, and we'll just have to see how it goes. I went ahead and wrote a thousand word prologue for my zombie story, just to have a starting point, but now I'm fiddling around with names and characters without actually writing. I'll give this way of doing things another day or two, and if this continues then I'll just go back to writing by the seat of my pants and see how that goes instead.

I'm also reading a motivational book at the moment called Poking the Box. Since it is by a guy who is also a writer, I'm finding it somewhat useful.

Anyways, Happy Monday Folks! It's another glorious start of the week!
Posted by D. Nathan Hilliard at 12:02 AM