Looking For A Landmark 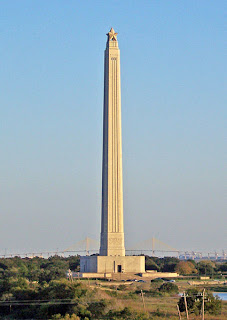 I joined the authors group called The Final Twist recently, and they are in the process of trying to put together an anthology of short stories that take place in Texas "landmarks." Authors are reserving their landmarks so there is no doubling up, and places like Longhorn Caverns, The Driskoll Hotel, and Big Bend have been taken.

Since I'm a late joiner, I'm going to need to figure out a good landmark and what kind of story to write in it fairly quickly. I'll have to look around the area, since I'm not sure I would be comfortable using a landmark as a setting that I have never visited. I would like a fairly fresh memory of the place, and preferably photos and video along with it, while trying to place a story there.

Ah well, I guess right now this is one of those good kinds of problems.
Posted by D. Nathan Hilliard at 11:39 AM