Where No Man has Gone Before 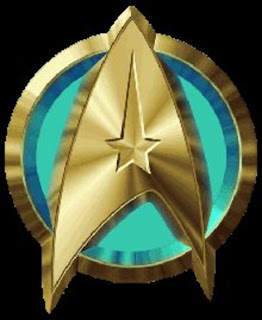 After putting the kids to bed last night, I took advantage of the peace and quiet to sneak off and watch the new Star Trek movie. I had been hearing good things about it, but because I'm only slightly less of a purist when it comes to the original series than my wife is (who refused to see it) I was prepared to hate it. So how did I feel about it? The short answer is...

Now, there are caveats. There was a major divergence in Spock's character that I'm not so sure about And a big plothole regarding the bad guy (where did he just disappear off to for 27 years, and how would he know old Spock was coming anyways?) kind of reared it's head for those who care about those things, but overall it was a good movie.

The charactors were sound. The creators of the movie made the smart choice of getting actors to play the charactors, and not the former actors. This avoided the pitfall of the movie turning into a contest of who was the best impersonator. The actors playing Spock and McCoy would have won that contest hands down though. Thats not to say that the other charactors weren't done well. Kirk was very good, Uhura was very good, Scotty was great, Checkov was good, Sulu was very, very good, and the actor who played Captain Pike completely redefined the role. Unfortunately Yoeman Rand and Nurse Chapel were conspicuous by their absence.

The action was great, although I still think the whole scene with a young Kirk trashing a sports car felt gratuitious and tacked on. Overall, it definitaly payed homage to the original series in a very updated way. It had that wild west feel to it that the other trek series lost.
Posted by D. Nathan Hilliard at 11:37 AM
Labels: star trek kirk spock actor charactors writing purist