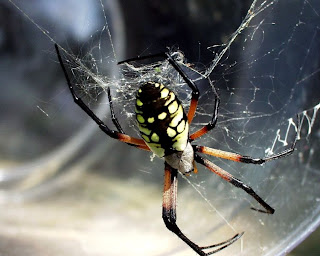 Yep, 2000 words into my new novella and I'm in a much better mood. Pictured to the right, is one of the elements of my little drama. I had been looking for a way to use her for a while.

Now it's a matter of sitting down and typing this thing out. The difficult part for me is that I'm going to be setting this story in current times. Being a bit of an anachonism myself, that means I'll have to research such exotic mysteries such as cell phones, ipods, and other technological voodoo that I have no understanding of.

I'll have to go pester a teenager or something.

Ah well, I suppose I'll have to move into the 21st century one of these days. I just like the seventies and eighties better. Things were simpler, and monsters had more places to hide. Nowadays, Bigfoot and flying saucers don't have a chance. The second they pop their head up, some clown with a camera phone is there to snap their photo. We're all paparazzi now.

Hmmm... that sounds like a point in itself. Maybe I'll explore that one.
Posted by D. Nathan Hilliard at 7:57 AM
Labels: argiope spider writing eighties bigfoot photo