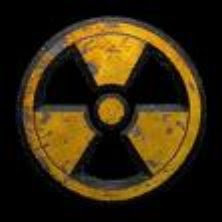 It's a sad day in the PC gaming world. One that almost everybody knew would one day come, whether consciously on subconsciously. 3DRealms has shut it's doors.

Now in all fairness, not a lot has come out of those doors in many years, especially the product that almost all PC gamers have been waiting for...Duke Nukem Forever.

The Doom Maring, Serious Sam, the prisoner from Unreal, JC Denton, were and are all great charactors in PC shooters...but none of them "kicked ass and chewed bubblegum". 3DRealms had lightning in a bottle with Duke, but they chose to exploit that through cheap console knockoffs and handheld games instead of ever delivering on the next big game of the franchise. So the years passed...

Personally, I used to be a member of their forums way back in 2001. I salivated over the 2001 video they released, and almost dreamed of more Dukey goodness on the horizon. But as the years passed and I got married, changed jobs, played other games, had kids, and life went one...DNF faded down my list of things that had my attention. Then as my gaming become rarer and became less of a priority, it fell from my attention all together.

Yet still, I feel a bit of sadness over this news. The fact that so many people followed this IP, even in the face of years of delay, meant that 3DRealms had something special...if they just could have found the means to follow through and deliver it. So it is a loss, even if it is a product that never truly existed in the first place. PC gaming just lost a bit of it's magic and mystique, because there is nobody to really pick up this torch...a torch that may not have even existed but in the minds of fans in the first place.
Posted by D. Nathan Hilliard at 1:16 PM
Labels: 3DRealms Duke Nukem Forever pc gaming