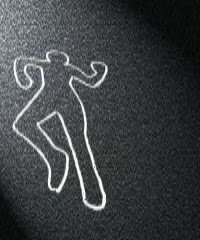 Ever wonder why some of the old hack and slash films of the eighties got varied responses to their on screen murders?

Why were the perils of Jamie Lee Curtis in Halloween, and Sigourney Weaver in Alien, reacted to in one way by an audience...when the varied lineups of victims in the friday the 13th series, which sometimes included future stars such as Kevin Bacon and Crispin Glover never seemed to garner the same audience "concern". When ghosts threatened the Freeling family in Poltergiest, we feared... yet when ghosts stalked the occupants of Hill House in The Haunting, it somehow lacked the same elements despite the superior CGI effects (and I have a whole future post I'm dreaming up on the subject of whether or not CGI has ruined horror films).

How much of that has to do with the victim?

The "victim" has an important role to play in a thriller, as s/he plays 50% of the dynamic in the antogonist/protagonist conflict. An intimidating threat coupled with a victim the audience doesn't want to sympathise with, gets you your typical Friday the 13th reactions...ranging from jumps at the shock value attacks to literal cheers as an annoying cast member gets gruesomely dispatched. Unsympathetic doesn't mean unlikeble. It's not that audiences don't react to the threat against charactors they detest, it's more a matter of ambivalence. The audience has to identify with or invest something in the charactor threatened, or they can't as effectively emotionally respond to the peril the victim faces. Many movies seem content to substitute attractive victims for effective ones...

...or overly heroic ones. Notice how Jamie Lee Curtis's and Sigourney Weaver's charactors changed in later episodes. Notice how the tone and effect of the films changed with them?
Posted by D. Nathan Hilliard at 2:17 PM
Labels: halloween victim horror alien ghost scary