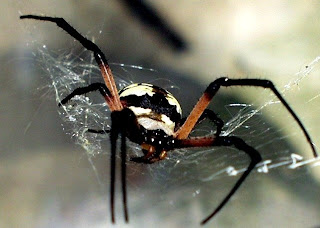 That is the sound of my mental and storytelling brakes being engaged.

I'm humming along, preparing to write a big action scene in my novella, and the wife points out a couple of logic bombs that bring the whole process to a stop. Arrrggghhhh!!!

When I write, even if it's horror or fantasy, I want the story to have an internal logic that it's faithful too. It has to make sense on it's own level, or the reader is just going to rightfully accuse me slapping together visceral scenes with no rhyme or reason. Of "cheating", so to speak.

And they would be right.

I hate it when movies do that. I hate it when books do that. I think it's one of the things that separates good horror from schlock. (Not that I don't enjoy a little good schlock from time to time, as long as it doesn't pretend too seriously to be serious) The second your audience is rolling their eyes and saying "why would they do THAT?", then you have lost them.

So now I'm scrambling backwards and reviewing my underlining premise. Why did certain things happen? What are the antagonists going to do, and why? What is their nature? My scene isn't going to work right until I resolve a certain bad guys behavior with her overall motivation, and that of her group.