What is Scary Pt III 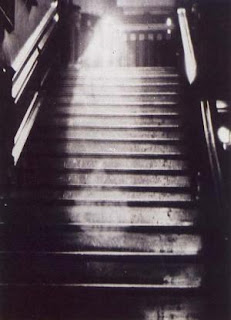 In the Tower of London, it is the headless specter of Anne Boleyn that has frightened guards into fainting...and at Raynham Hall the Brown Lady stalks the house with empty eye sockets, when she's not posing on the stairs for pictures. In film, the most frightening scene in The Shining had to involve the female ghost of Room 237. Then there is the dead girl of "The Ring". And lets not forget the most memorable cause of Disney inspired childhood nightmares...one that chased me through many a dream in my youth...the Banshee of "Darby O'Gill and the Little People"

Lets face it, women make some of the most frightening of spectral apparitions, and I'm honestly surprised they aren't used more in film.

I have had it suggested to me it's because women are usually associated with nurturing and care, and that a haunt is somehow antithetical to that. Another theory is that women are the gender associated with life and beauty, so it is always a matter of disquiet to see them cast in a role involving death and corruption.

One of Poes recurrent themes was the death of beauty, a device he used quite effectively. The women of Poes stories tended to be victims though, and not so much the object of terror themselves...unless one counts the Fall of the House of Usher. Speaking of Poe, one of the most effectively scary scenes in Vincent Price's classic "The Pit and the Pendulum" involves his presumably dead wife, Elizabeth, calling her husband to him and leaving her coffin.
Posted by D. Nathan Hilliard at 4:20 PM
Labels: female ghost horror nightmare poe boleyn raynham