The Perils of Blogging 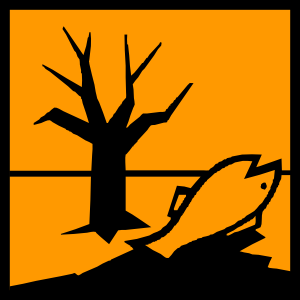 A recent birthday of sorts recently passed. I started posting on this blog just a little over two years ago. I really had no idea what I was doing, and initially I had this lofty idea of talking about “things” regarding writing. This kind of shows in my very first post…which is me ruminating over “what is scary.”
As time went by I adapted to blogging and I started talking about a lot of different things. Sometimes I would announce a recent success in selling a story, at other times I would announce a recent success at capturing raccoons in my attic. It all worked in it’s own way. But at the same time, problems started to creep into the system.
The first problem that started to give me trouble (that I was aware of) is the fact that I had set a pace of publishing at least one post a day. This is actually a phenomenal rate compared to most blogs. At first it wasn’t too much trouble, and the fact that my life can get pretty weird meant I had plenty to report. But over time I started having to spend more and more time coming up with something to say. The blog started taking on a life of it’s own that ate up my time for other things as I struggled to come up with that daily post. So I finally accepted reality and cut down to updating it three times a week. This is still a fast rate compared to many, so I don’t feel to bad about that.
The other problem I have started to notice is more insidious.
When I first started blogging, I had already written my first novel. I later edited and rewrote the whole thing from top to bottom, but the story was done. All the reporting I did on The Ways of Khrem was essentially in regards to a finished story. And at first, I really only reported on other stories once they were done as well. Then at some point, I changed strategy. I started posting snippets of projects under construction. Snippets from stories such as Argiope, Dagguerotype, and The Flight of the Lark were all posted as I came up with them. All were stories I was excited about…and all sit unfinished, shelved or dead.
I’m beginning to realize that there is a danger in sharing an idea and a project while you are doing it. It takes something out of it. It takes something out of the impetus to write. Somehow it actually starts to take the steam out of the project. Looking back, I had more success when I simply posted snippets after the rough draft was finished. So I’m not sure what is going on here, other than I seem to have stumbled onto something.
It bears thinking about.
Posted by D. Nathan Hilliard at 11:05 PM