An Outline for Success? 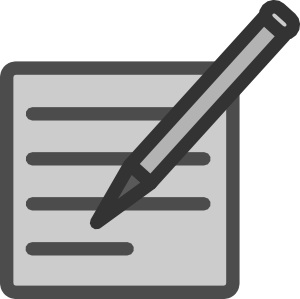 So last week I wrote sixteen thousand words on my new zombie story. That's a pretty good pace of writing. If I could maintain that pace for two months, we would be talking a 128,000 word novel.

Now, I don't think I can keep that pace up, but I am pretty sure I know what has caused it. I was clearly visualizing what was happening in the story, and I knew where it was going. That let me write with a lot of confidence instead of starting, and stopping, and backing up, and trying different things. And at the end of part two, I decided to see if I can do something to maintain at least a portion of that success.

So, today I sat down and decided to outline the rest of the novel. That turned out to be a full day project in itself but I'm really glad I did it. I discovered a couple of things that wouldn't work ahead of time, and came up with a couple of other things that would. Not to mention, I now have a clear idea how it's going to end and it's actually a slightly better ending than the one I originally had. I know who is going to live and mostly who is going to die...and now I'm debating cutting a charactor simply because it doesn't serve a purpose. I've even improved one character, seeing how she could actually carry part of the story better in one place that I would have never seen without outlining the whole thing like I did today.

So, was it a success? The proof is still in the pudding. If I can get the draft of this story done in a timely fashion, then maybe I'll look into outlining more. I do know that if I ever pick up Argiope again I will outline it from the beginning to the end and then completely start over on it. A good outline could have prevented some of the problems I had with that story. I've just never done it before because I didn't need it for the Ways of Khrem because I saw that one so clearly...and short stories seldom need an outline. I may still play with them for a short story or two anyways.

Anyways the zombie story is progressing. It has one evisceration, and one tooth and claw killing so far. More blood is coming, so this is not a Nonnie book! Sometimes that bears repeating for certain family members out there. It's also kind of fun going to my wife who answers questions about certain things then suddenly turns arounds and starts saying "I'm not Listening!" when I try to explain what I'm thinking. I've never figured out how a veterinarian who deals with all kinds of gross stuff and was once absolutely forbidden to talk shop at the dinner table, can be freaked out by gore. Will somebody explain that to me? She does surgeries fer crying out loud!

Have a Happy Humpday Folks
Posted by D. Nathan Hilliard at 12:03 AM
Labels: Dead Stop, zombie