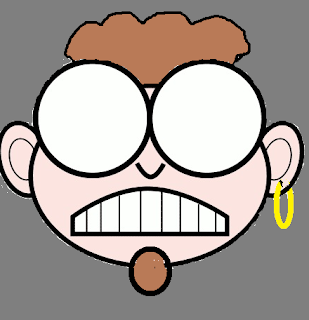 I am taking a pause, for a maximum of 24 hours, to consider whether or not to introduce a new character into Dead Stop, while I'm  at a place that I can do it without too much complication.

I had noticed that pretty much all the characters in this story were fairly decent folks (Well, except for one but she is killed off almost immediately). Here I was, bumping off people left and right, in horribly gruesome ways, and none of them were really awful people. It just seemed to me that I ought to consider the possibility of including at least one complete asshole into my list of victims.

So I've been pondering it...and I have a guy who might fit into the scenario rather well. Actually, he would even add something to one scene in particular...where he could carry a role that I couldn't really see any of the characters I currently had doing very well.  This guy would be a young, pasty faced psuedo-intellectual, who looks down on the other people in the truckstop while being absolutely useless and cowardly... and feeling victimized when this is pointed out...you know, the type of guy whose life revolves around winning arguments on the internet. This would also be the guy screaming that the people wounded by zombies need to be locked up or thrown outside. Create some internal tension in the group.

I think I'll give him one of those little tufts of chin whiskers and a poly sci major. I might also include a sullen and long suffering girlfriend.

Anyways, it's just an idea and I will set a time limit of 24 hours to consider it. If I don't have a way to comfortably insert him into the tale by then, I will discard the idea and move on with the story I have. I want to move on with this story. I'll use the time considering tomorrow to get some other chores done, and then Monday evening write a couple of quick chapter drafts with him in it just to see if it will work. I would need to  go back and insert him into a couple of earlier scenes, but since he would hardly be talking to any of the locals before the zombie attack, that shouldn't be too difficult. He would mainly be background in the early part of the story.

I'll need to come up with a good "jerk" name. Phillip? Chip? (anybody named chip has to be a jerk, but I think more of a preppy jerk) Donald? Manfred? Hmmmm....any idea for true jerk names out there?

I have survived the three day weekend home with the kids (after successfully scraping all the peanut butter of the couch Friday morning), and they had a lovely Easter. Rowan was very talkative and actually wished people Happy Easter. Sheridan had a good time playing games at his cousins house, and we all enjoyed a good family get together.

So it was a good weekend. Now it's time to get back to work.