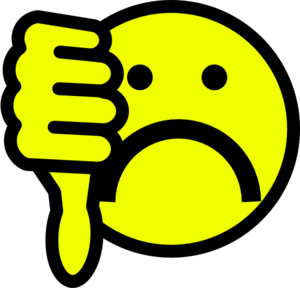 One of the things writers are often encouraged to do is to read other peoples books or go watch movies in the same genre you write in. The idea isn’t always just for inspiration, but also to recharge in a way. Sometimes you get inspiration anyways, and that is always a bonus.
With that in mind, I went to my local movie theater and sat down to watch the movie Sinister.
The good news is that I actually found the experience both useful and enlightening, and it gave me much to think about writing wise. The bad news is that it was mainly due to me sitting there recognizing one thing after another that the movie did wrong, or I would do differently.
Overall, the movie starts out with a solid premise. A crime writer moves into a house where a family was murdered years ago, as added inspiration for writing a book about the event. So far, so good…but almost immediately it falls foul of one of my axioms of good horror movies/writing. That axiom is “Everytime your story depends on your protagonist either acting a jerk or being an idiot in order for the situation to work, you weaken your story.”
And in Sinister’s case the first violation of that rule is the main character keeping it secret from his family that this is the house where the crime he was writing about happened. Yeah, okay. The reason given is his obsession with writing another bestseller since it’s been so long since the last one…but it just never felt convincing. Then, when he finds a mysterious box with a movie projector and films…and they turn out to be films of previous murders…does he turn this new evidence over to the police? Nope. He keeps them to himself for the same reason. Again, even an obsessed man would realize he wouldn’t be able to use it in his book because he would get busted right away. Not our boy. And of course, it’s never really dealt with.
Then, along with these actions which really sort of took me out of the movie, I got treated to a few scenes which have me considering a NEW axiom for supernatural horror movies. That tentative axiom goes “Ghosts and other supernatural manifestations should be witnessed by the audience along with the character.”
There were several scenes where the protagonist walks past a ghost without seeing it, or the audience being treated to an appearance of the ghost without the main characters knowledge. For some reason, the only effect of that to me was this feeling that the audience was being let it on something the character wasn’t aware of and it wasn’t very scary at all.
I kept thinking how they might be trying to imitate a scene like the one in Halloween where Nancy Loomis’s character walks past the French doors and the serial killer is standing in them, then turns around and walks past them again and now he’s gone. If so, then it’s a mistake because the context is different, meaning the scene can’t be that effective with a ghost. With a serial killer, you know he’s still there somewhere and wondering if he’s around every corner the potential victim turns. With a ghost, it just means it’s vanished.
To me, unwitnessed ghosts just don’t work.
Anyways, by now I supposed you can figure out that I’m not recommending this movie. Despite what should have been a good setup for a horror movie, it just wrecked itself in too many ways. It depended too much on the main character acting an idiot even when his kids are having problems, and the excuse for that idiocy just didn’t seem that convincing.
Two thumbs down, on Sinister.
Posted by D. Nathan Hilliard at 12:08 AM
Labels: horror, movie, review, sinister