A Few Random Thoughts and Plans 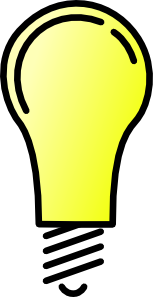 As I struggle forward in the editing and cover art for Dead Stop, I realize how fortuitous it was that I managed to finish the rough draft before the kids got out of school for the summer. I'm considering the idea of doing nothing but writing during the school year, and setting projects aside once they reach rough draft status. Then I'll do all the editing during the summer when the kids are home and disrupting the kind of concentration I require for writing. It might work better for a guy with my abilities and weaknesses.

I've been approaching being an indie writer, and Dead Stop, in a sort of 'renaissance man' fashion. The idea of being completely responsible for the book, from one end of the process to the other, has a certain appeal. It has been, and still is, a real challenge. While my intent is to ultimately be able to do everything, I do now accept that there will be times that what I want is simply beyond my skills. So places to go for professional editing and cover art have been bookmarked...and all suggestions for such have been very welcome. (Thanks Alva, you also taught me something with the comment about 300 dpi. I didn't know that.)

One definite future use I will have for a professional artist is going to be the already published Shades anthology. I think it lends itself to internal illustrations and would definitely benefit from them. Just because a work is published doesn't mean it can't be improved. I think one or two black and white illustrations per story by a competent artist would be perfect. So that's something that is on my "someday list".

One another note, on the CMT front. As the disease progresses in my hands, I'm starting to have a problem with my little finger not going to the correct keys. It's just the one on my right hand so far, but I know it's something that I'm going to have to compensate for someday in the future. It doesn't worry me all that much, because ultimately typing is something you can do with two fingers if you have to. But it is something I need to start keeping a sharper eye out for when editing....pay closer attention to quote marks, periods and commas, and brackets.

Oh well, that's it for now. Time to get back to rearing children and editing.