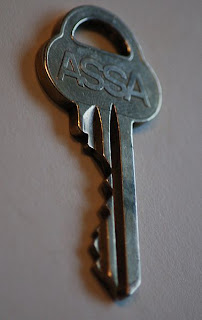 Well, after my third pass through the house while hunting my keys, I found them. . . in the first place I looked. How I missed them, I don't know. And it would be funny if it hadn't have caused me to miss Rowan's party. Sadly, this is me on gluten. I don't feel absent minded and stupid anymore, but that just makes it easier to screw up and more frustrating when I do. As Cherri later called and pointed out, I could have just called and gotten a ride down to the school with her. Or I could have called Karla and she would have told me where the spare key was. Sigh.

Well, today is Sheridans recital so we will be gone all morning to go watch him dance and perform. At least I'll have Karla with me so there will be a functioning brain along. The only bad part is we have to show up an hour and a half early (my guess is for rehearsal) and I'm going to have Rowan all that time. I can imagine how long her patience is going to last. Oh well, we'll do the best we can do.

Then I can relax and watch the Cowboys play the undefeated New Orleans Saints this December evening. Oh boy. I'll try and practice a Zen exercise or something during the game, and not throw things at the screen. It's great being me right now :P
Posted by D. Nathan Hilliard at 12:14 AM