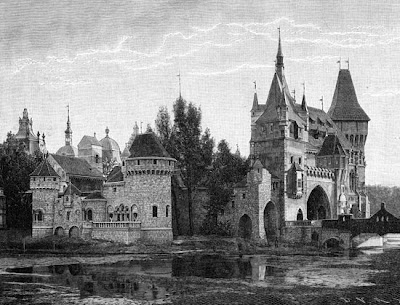 After Christmas, (and after the gluten clears my system) I will undertake my first project of 2010. It will be the targeted rewriting of my first novel, The Ways of Khrem. I'm very confident in the story itself, but since it was my first effort at writing, I had a lot to learn. Now I'm going to go back and take the lessons I have picked up and apply them to the novel. As stated earlier, I'm also going to rename it to "Spider's Pawn," and move the title "Ways of Khrem" to refer to the intended series.
Setting is crucial to this novel, and I intend to go to great lengths to preserve it. The city of Khrem is practically a charactor in the story itself, but in my first writing I think I bogged things down with too much descriptions. I now have a couple of ways to work that into the story better, improving the pace at the beginning, and yet preserving the charactor of the setting and atmosphere. I have a few other story decisions to make regarding this draft, so I'll print out a copy of the novel and take it with me to read over while I'm spending Christmas with my parents. That will help me re-immerse myself into the world of Cargill of Khrem.
Rewriting and editing are art forms in and of themselves, and while it can be a tedious process, it can also be very rewarding when you see something raw take shape and polish. I'm looking forward to this being one of those times.
Posted by D. Nathan Hilliard at 12:59 AM