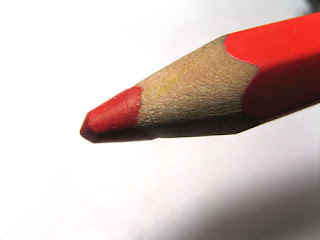 Here is a list of the the short stories I wrote this year, and the order they were written in, along with a few of their attributes.

As you can see, I started off writing in first person point of view. I understand that is common with new writers. Cherri Galbiati challenged me to move my style to third person, so I made that switch with my fourth story, "Rite of Passage." I'm now actually more comfortable in third person POV, I intend to occasionally write in first person to stay fluent in it.

Another interesting item of note is that the ghost in five of the six ghost stories is of a different gender than the protagonist. And in the one that it isn't, "Designated Driver," happens to be the only one where the ghost isn't a hostile entity. Hmmmm....

Another interesting note, three out of four of my monsters were multi-legged, with the only exception being a werewolf in a story written expressly for a werewolf anthology. Apparently I tend towards more legs when trying to achieve ickyness. Might need to look into snakes or aliens for a change of pace.

Someone observed that I seemed to be leaning towards females in leading roles. A quick check of the list reveals that only four of my protagonists were females (unless you consider the cat, Minke, female). Half of them survived and the other two suffered grisly fates, so I can't say I played favorites with them. They were four of my better stories though, or at least some of my female proofreaders seem to think so. I do notice that my female character's show up in the later part of the list, so I started using them more often recently. On a related note, four of my six ghosts were female, and I think a couple of them were my most frightening. They certainly stand out more since Anna Krager (evil), Charlotte March (vengeful), and Betty Jo Bradford (threatening) are easily more interesting and memorable than the shambling remains of Bobby Caldwell. Either that or when I think of the attributes "evil", "vengeful", and "threatening", I just tend to plop them in a skirt.

On a happy note, I don't seem to be getting too repetitive in plots and themes. Obviously there are going to be similarities when you stay within a genre, like ghost stories, but I think with a little effort I can keep them fresh. Gotta remember to keep my leg count on the monsters varied, and always remember that it's motivation and character that makes a story interesting, as much as the ghost or monster. A good story should have a point, even if it's buried deep.
Posted by D. Nathan Hilliard at 10:40 AM