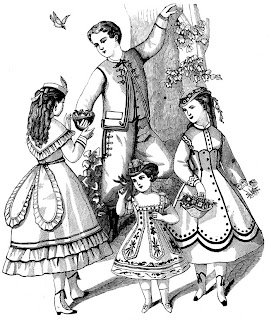 Both kids are home. Sheridan is playing Spore, and filling the house with jungle sounds. . . while Rowan is strapped in her high chair and singing to her bowl of puffed rice. Minor morning bedlam.

I've decided I'm going to rename "The Ways of Khrem" to "Spider's Pawn," with the former name now being the name of the series I have planned, with Spider's Pawn being the first book in that series. If I buckle down and really work on it, I think I can get it done sometime in January. That will then let me turn my attention to Argiope with the balance of the year available.

Back to the kids.

I've got to take Rowan to see her speech therapist today, and I'll have Sheridan in tow. Yep, an hour with a bored six year old in a waiting room. Hoo boy, lucky me. At least I've got my mandatory Christmas shopping done. Anything I pick up now is just icing on the cake. This used to be so much more fun when I was a kid. I still enjoy it though.
Posted by D. Nathan Hilliard at 9:01 AM