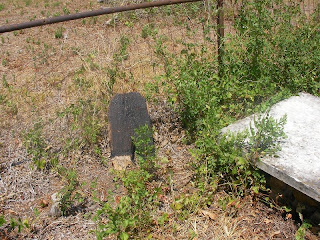 I finally finished scene one in the short story I previewed earlier. It came to almost 1,200 words, much of it dialogue. That's a good thing in this case, as the dialogue comes across as action and helps the story move along. It also allows me have the characters define themselves as opposed to me just telling the reader about them.

Now I have to write a short dream sequence, and then on with the rest of the story. I still have to plan out how I'm going to write much of this story due to the scene changes interspersed with a couple more dream sequences. I've never been one for putting dreams into a story before, so this is where I'm going to have to substitute care and planning for experience. In this case, I'm simply using the dreams as a vehicle to move the story along, so they shouldn't detract from the story the way I find that many dream sequences do.

I need to get this story wrapped up so I can move on and get to work on some others. I don't want to rush it, as a matter of fact I refuse to rush it, but I would like to get it done. There is much more to do.

Scene two is underway, but is running into stiff interference from a six year old who is playing on the computer beside me and offering a running commentary of everything he is doing. All efforts to teach him to play his games without the chatter have been futile. Argh!
Posted by D. Nathan Hilliard at 8:23 AM
Labels: charred marker port sullivan writing dream pill hill