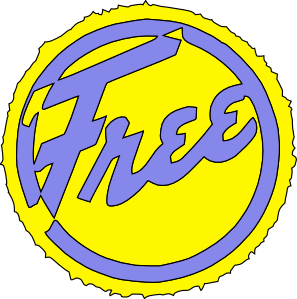 I have noticed that certain writers offer free stories on their websites. I've looked into that and read their reasoning for doing so. It is rather persuasive.
.
Basically, the idea is to build up both exposure, and good will with a future audience. Some authors, for instance JA Konrath, have done this to great effect. Of course, nearly all agree that you need to be fairly prolific to pull this off with success. You have to write enough that giving a few stories away here and there won't kill you.
.
On the plus side, I have been rather prolific over the past year and half. One novel, thirteen short stories, and two pieces of flash fiction. I should be finishing another short story over the next day or two, and I'm thirty thousand words into my next novel. So that's not too bad.
.
The problem is that my novel is fantasy, and most of my short stories are horror. Readers who enjoyed The Ways of Khrem, and come looking at my future website to pick up a little "more of the same" would be in for a surprise...since the stories I have currently available to put on the website are all pretty much rural horror. Now the one I'm finishing up is fantasy, but that's just one.
.
I don't want to overdo it either. As it would be nice to keep my hand in future anthologies of Pill Hill Press and LL Dreamspell. I do have a couple of stories that I have gotten the rights back on, and probably aren't suitable for resubmission elsewhere, but again they are rurul horror. I guess I'll have to either write some more fantasy fast, or go ahead and promote myself as a fantasy/horror writer right from the start.
.
Oh well, I still have two months to think about this. But whatever I decide, I still need to write faster.
Posted by D. Nathan Hilliard at 12:35 AM