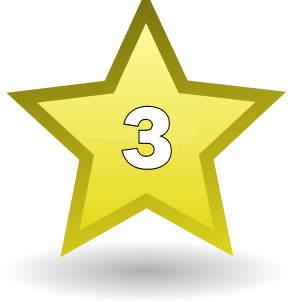 This is the second alien interstellar invasion movie that I have gone to this year that features the city of Los Angeles as the backdrop. In the good old days these kind of movies always happened in Washington DC, New York, or Tokyo but I guess LA is the new hotspot for aliens with a hankering for earth stuff. The previous movie, Skyline, was such an embarrassingly bad example of what can go wrong with this kind of thing, that I entered this movie with my expectations guarded.
But it turns out that Battle LA is a much better movie than Skyline. As a matter of fact, I think the best description of Battle LA is that it is two thirds of a very good movie.
What do I mean by that?
I mean that for the first two thirds of the movie, the script and action is tight, logical, and makes sense within the scenario set forth by the filmmakers. In this scenario, the aliens have chosen to send in ground troops to exterminate humans and establish a beachhead. Against the backdrop of this bigger story, a group of marines have been sent in to enemy territory to rescue some civilians trapped in a police station and bring them back to a forward base for extraction. And for two thirds of the movie, this is what is going on. And as long as the movie stayed on the rescue effort, it was a tightly focused film that also happened to be very good scifi.
Sadly, things start to unwind after they finally get back to the base. First, when the guy in charge of the squad answers the doubts of some of his squad mates over a former mission of his in Iraq where he lost some men, he did it by talking about his own feelings about losing them instead of the circumstances of their loss. But for some nonsensical reason the other soldiers are reassured by this. Then while flying out with the civilians they discover the location of some command and control center of the aliens that they can restore air superiority to the Air Force by taking out. I don't want to go to much further into this, but just leave it by saying the scenario doesn't make any sense whatsoever and your going to end up wondering how the aliens managed to get the massive thingy where they did in the small time they had.
Also there was Michelle Rodriguez playing...oh well, you've seen this role before. She really wasn't too annoying in this one though.
So overall, I liked the movie. I just wish they would have dedicated the entire movie to the scenario they dealt with in the first two thirds of the movie and left it at that. And while the remaining part isn't terrible, it just gets a little hokey. Suddenly the aliens don't seem as tough or as smart as they were earlier, for one thing. I hate when they do that.
Oh well, I recommend it. It's a good popcorn movie. Enjoy!
Posted by D. Nathan Hilliard at 12:07 AM