Speaking of Projects in the Works 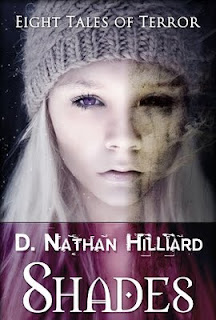 I just received the above cover art from Justyn Perry, an editor and cover artist who happens to be a friend of my wife. I have to confess it is a quantum leap...hell, several quantum leaps... over any cover I have ever made myself. I see I'm going to have to really step up my game if I ever intend to do another cover of my own. Until then, I might be better off leaving it to the pros.

This will be an anthology of eight stories, five of which were formerly sold as singles on Amazon.com, with three more added. The singles will soon be removed from sale. Since the anthology itself will likely be .99 cents, there isn't any reason to charge somebody that price for a single story. I am currently debating the eighth story, and once I have either selected or written that one I will take the next step of making a manuscript and finding a formatter who is proficient with kindle formatting. I am trying to up my standards, and once again, the idea of having it professionally done has it's merits. Of course, it will all depend on what it costs.

Still, if it's going to have my name on it then it behooves me to put the best product possible in front of the reader. When you're a writer, reputation matters....a lot.

So that's where things stand on that project. I'm hoping to have that out this fall, with Dead Stop out later in the winter... *crosses fingers, knocks on wood, and most likely spits in wind*

Anyways, Friday is when our annual family vacation to Galveston begins so I will once again be busy with all sorts of domestic chores that aren't writing. One would think that kids get more mobile as they get older, but the truth is just the opposite. The little bundle of joy that could once be toted along with a single bag and a stroller now requires a clothes duffel bag of his or her own and a veritable torrent of encouragement and threats to get moving. Sigh, I can't wait till they're teenagers so they can be reasoned with.